“Clip-on Nose Ring,” the new album from former Judybats frontman JeffÂ Heiskell, may not be for everyone. If you’re uncomfortable spying on your neighbors or reading over the shoulder of that creepy guy sipping coffee at the table next to yours at the McDonalds, you might not like this record.

But whether you’ll admit it or not, it’s kinda fun to peek in on people from time to time. And, luckily for the nosiest among us, Jeff Heiskell has flung open the door to his personal life and invited all his listeners in to sit for a spell. Heiskell’s latest offering risks oversharing, but never actually crosses that line.

The songs on this collection reveal a man who has come to terms with his sexuality, his choices and his place in the world, both professional and personally. And the record is done artfully enough that, even though the songs are intensely personal, there is something there for the listener to grab onto.

“The Chubby Guy Song” finds Heiskell reveling in his love for a man who is, to put it gently, a bit out of shape. “You have a six pack, but it’s hiding underneath a case of Budweiser and cheeseburgers,” Heiskell sings. The song frolics through several similar, humorous descriptions before settling into the closing chorus that sums up Heiskell’s feelings in a way that anyone who loves someone for who they are can relate to. “I do chubby, that’s my hubby … he’s just that much more beautiful to me.”

This record is very personal, like a diary entry or a letter to a friend. We’re invited to steam that letter open — Heiskell will even pretend not to notice we snooped. 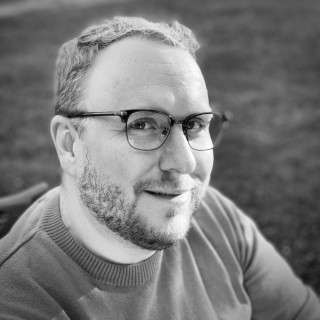